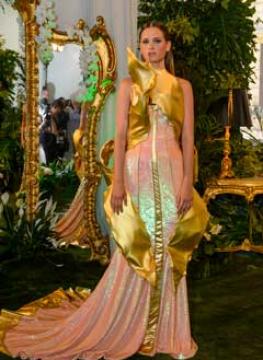 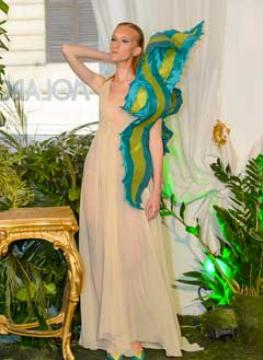 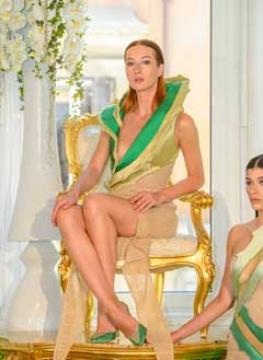 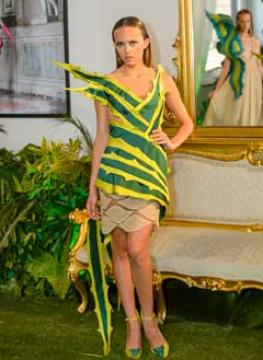 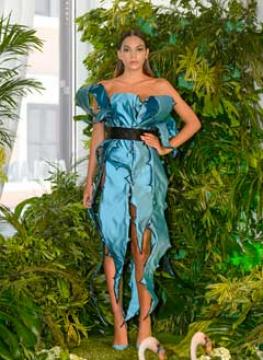 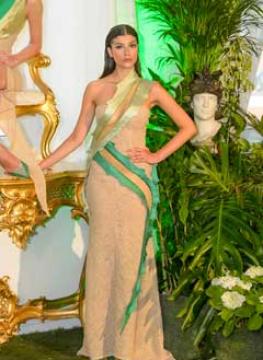 In the enchanted garden of Gianni Molaro, immersed in the scent of orchids and hydrangeas, female face plants come to life. The Atelier of the napolitan fashion designer,, famous not only for his beautiful wedding gowns but also for the excesses of his Art Couture exhibited in the most important museums all over the world, is transformed for a day in a garden where, between plants and animals, dresses move as inspired by great respect and love for nature.

The iridescent pink sequins dress streaked with veins of gold leaves and long-tail with shadow from liliac to pinlk powder, represents for the creativity of Gianni Molaro the symbol of that inseparable symbiosis that exists between the feminine universe and that vegetable.